A membership organisation supporting you and your family on the road, on your bike and at home
31% of UK drivers fear driving at night

An amazing 31% of UK drivers fear driving at night 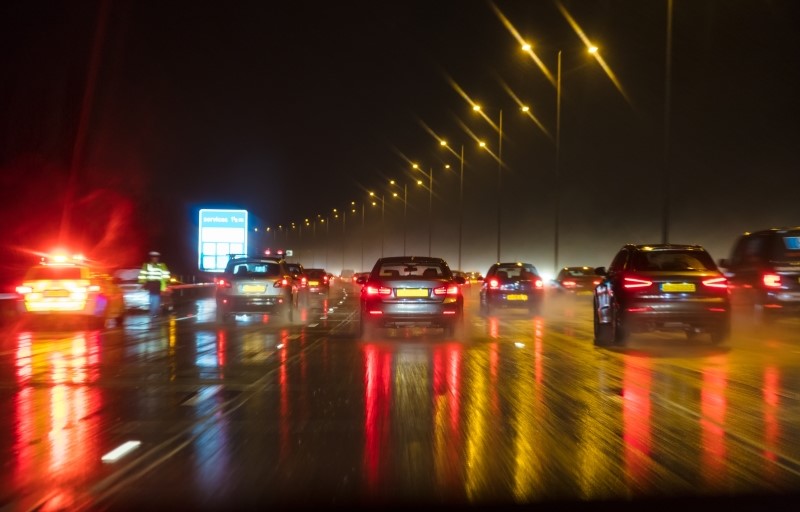 According to a recent figures from the Royal Society for the Prevention of Accidents (RoSPA), almost a third (31%) of UK drivers are very uncomfortable driving at night.

With over 38 million drivers in the UK, that's nearly 12 million motorists who fear night-time driving.

The same RoSPA study, conducted by the lens manufacturer Essilor, shows that 40% of all road accidents happen when it's dark.

Nodding off behind the wheel leads to around 20% of serious accidents on motorways, which are repititious enough in the daytime but become utterly featureless at night.

Reduced visibility is another obvious danger. It takes longer for our eyes to get used to darkness, so the distance a driver can see is often reduced.

It can also be harder to judge the speed and distance of other road users, who might be travelling much faster than initially thought.

91% of drivers are regularly dazzled by oncoming traffic. According to Government data, around 300 accidents a year in the UK are caused by glare.

Notably, it can take the human eye up to nine seconds to fully recover from glare - more than enough time for an accident to happen.

Dr. Andy Hepworth from Essilor also makes the point that for those of us who wear glasses, the problem can be even worse:

"With such short days in the winter – and driving conditions frequently made worse by the British weather – people often have no choice but to drive in the dark. But this means that we face glare from oncoming traffic and other light sources, which is arguably the biggest issue regarding the reduction or loss of visibility, and glasses lenses can actually create more reflections impacting your vision further."

A few simple tips for driving at night:

• Keep the windscreen clear. Keep your washer fluid topped up and your wipers in good condition.
• Clean the inside of your windscreen regularly with an anti-fog spray.
• Keep a cloth handy - microfibre cloths are best - to keep the inside of the screen clean.
• Dip the rear-view mirror at night, or consider a car with an auto-dimming rear-view mirror.
• Dip your headlights when facing oncoming traffic, and when there's a vehicle in front of you - no matter how far away they are.
• If you're carrying a heavy load, adjust your lights downwards to avoid dazzling other road users.
• Slow down or stop – if you’re worried about your vision, pull over in a safe place and make adjustments to improve visibility.
• Give your eyes time to adjust to the dark. Allow yourself a couple of minutes before setting off.
• Keep your distance – it’s harder to judge speed and distance at night, so allow more space between you and the car in front.

See all the organisations who trust us »